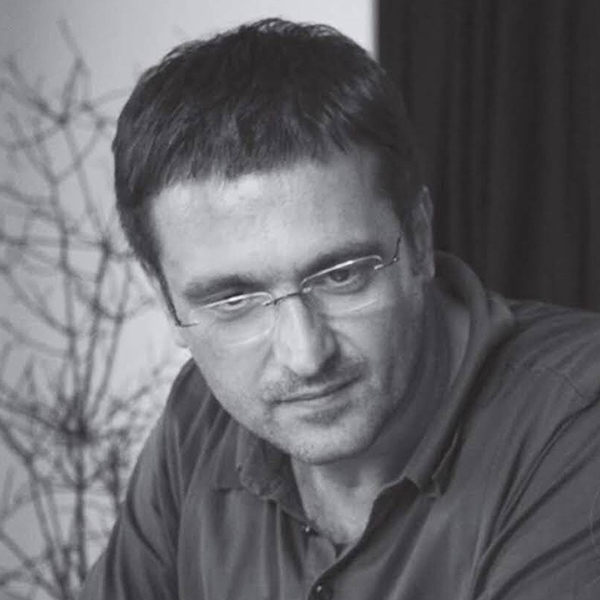 Saša Begović is an architect and partner in the 3LHD studio. The studio is intensively developing the integration of different disciplines; architecture, urban and landscape landscape, design, art, and explore new possibilities of interaction between architecture, society and individuals. During his career, he has led many award-winning projects of various typologies: public, cultural, residential, sports and mixed-use.
Projects such as Veterans' Bridge and Zamet Center in Rijeka, Bale Sports Hall, Croatian Pavilion at the World Exhibition EXPO 2005 in Japan and 2008 in Zaragoza, Splitska Riva, Lone Hotels, Adriatic and Park in Rovinj, Aquarium and Museum of Rivers in Karlovac , Urania - space of creation, Bužanova residential block, Infobip HQ, Rimac Campus are just some of the more important study projects.
The works of 3LHD have been presented at universities, exhibitions and institutions around the world, Harvard, ETH, Van Alen Institute, Berlage Institute, COAC Barcelona, ​​RIBA London, and the Venice and Rotterdam Biennale.
The studio works have won international awards, such as the A + Award for Architecture and Landscape, the European Hotel Design Award for the best hotel in Europe, the WAF Award 2008 for the best sports facility, the IOC / IACS Award for the best sports building, the AR Award for the best new architects , the award of the magazine ID, as well as the most important Croatian professional and state awards.
For the last 20 years prof. Begovic is active in academia in Croatia and around the world. He has been a lecturer and visiting critic at the faculties of architecture, ETH Zurich, Harvard and Northeastern universities in Boston, TU in Vienna, Munich, Stuttgart, and a visiting professor in Graz, Ljubljana and Zagreb. From 2010 to 2020 he was a visiting professor at the FGAG in Split, 2017 to 2019 at Cornell University, USA.
Since 2021 he has been an associate professor at the Faculty of Architecture in Zagreb.

All workshops from SAŠA BEGOVIĆ